Burchell’s Zebra is the one most commonly seen in South African game reserves.

The Cape Mountain Zebra (Equus zebra zebra) is the smallest of the zebra species.

They differ from the Burchell’s Zebra in that they have broad stripes over their rumps and the horizontal stripes on their legs extend right down to the hooves.

Look at them closely and you will observe that their hind quarters are covered with broad black stripes, and a gridiron pattern of narrow, transverse dark markings above their tail.

What is particularly noticeable is that they have white bellies which are devoid of any stripes. They also sport distinctive dewlaps.

Another distinctive feature of the Cape Mountain Zebra is its pinky-brown muzzle. 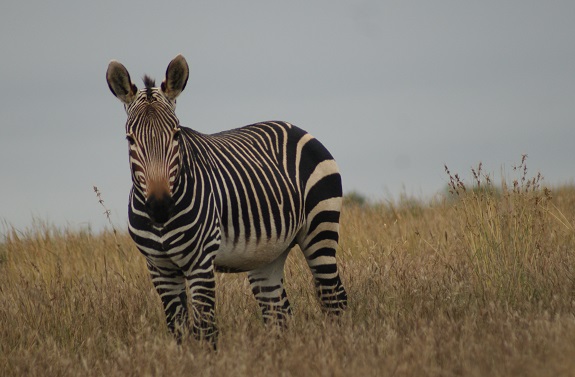