Ships that pass in the night, and speak each other in passing, only a signal shown, and a distant voice in the darkness; So on the ocean of life, we pass and speak one another, only a look and a voice, then darkness again and a silence. – Henry Wadsworth Longfellow: The Theologian’s Tale

I did not see any ships passing during any of our nights along the Wild Coast, although the night sky was so awash with stars one would be hard-pressed to fit another in! These are four of the ships seen passing during the days:

A heavily loaded container going this way – it looks as if the containers have been neatly stacked and are both well-balanced and secure.

Another heavily loaded container going the other way – the containers on this one look far more precarious, which leads to a better understanding of how some containers get lost at sea!

What looks like a speed boat – perhaps those on board were hoping to catch fish? 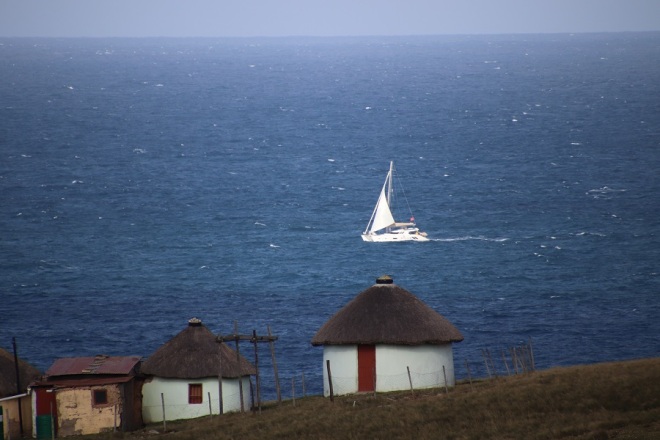 Then there was a pleasure boat – note the contrast in poverty levels.

And so it is on the ocean of life …

6 thoughts on “SHIPS THAT PASS IN THE DAY”