There can be no mistaking the Pied Kingfisher (Ceryle rudis) in the field. Not only is it a large bird, but its black and white plumage is distinctive – even from afar. They are common over much of South Africa, where I have seen them near rivers and dams. This one is a male as it has a double breast band.

Apparently the Pied Kingfisher is the only kingfisher that hovers over the water before diving in bill-first to catch its prey.

The Giant Kingfisher (Megaceryle maximus) is even larger with a massive dark bill, spotted upper parts and the distinctive rufous underparts.

This one is probably a female as it has a white chest with blackish spots and a chestnut belly. 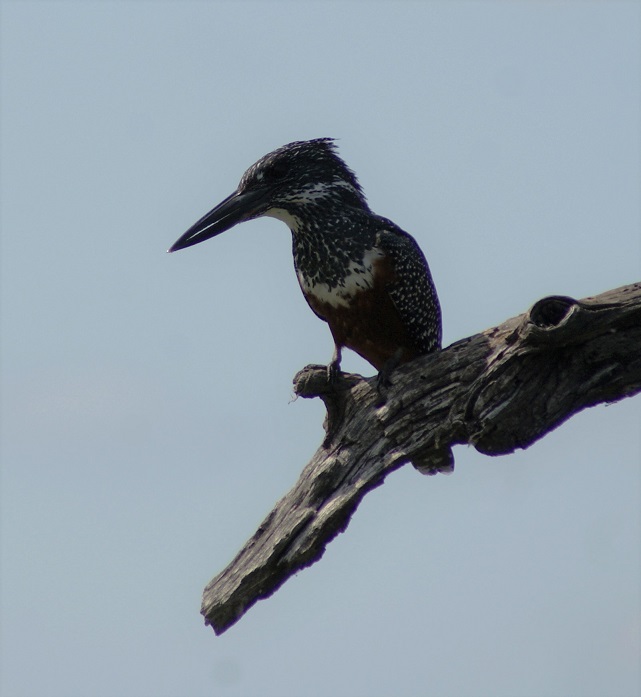 These birds are noted for diving into the water from its perch – usually a branch overhanging water – and returning to the same perch to eat its prey. This is useful for photographers – providing the sun is in the right place!

14 thoughts on “KINGFISHERS: PIED AND GIANT”