Several examples of the Victorian fashion of cast-iron (or carved wooden) lattice trellis work can be seen in Grahamstown. 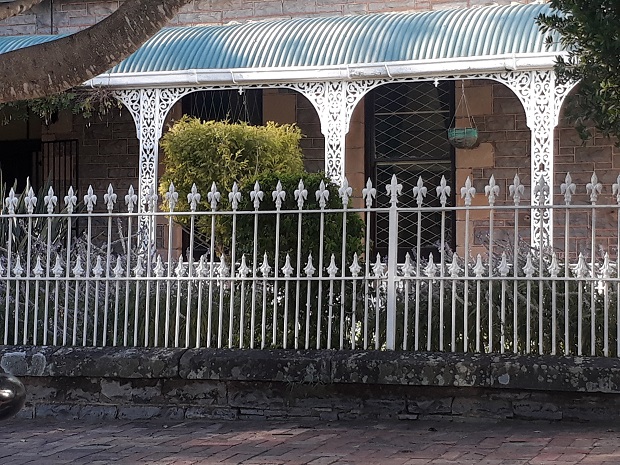 This ornate ironwork is charmingly known as Broekie Lace because it resembles the lace edgings on women’s underwear (broekies = panties).  Introduced by the English settlers, these trims were applied to the eaves of corrugated iron veranda roofs, which were often supported on slender cast-iron columns and cast-iron brackets. 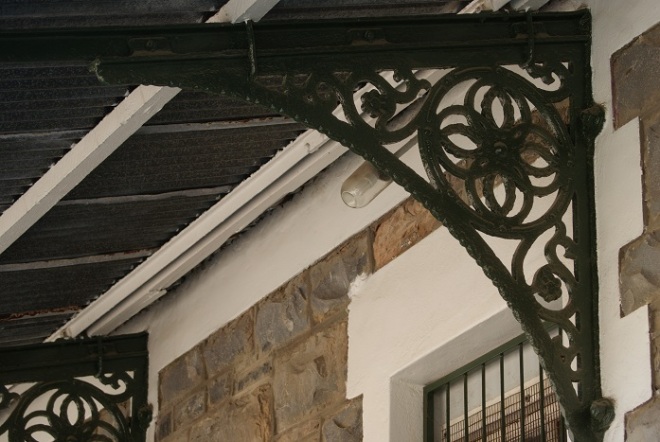 Cast-iron railings made an attractive addition to homes and gardens. 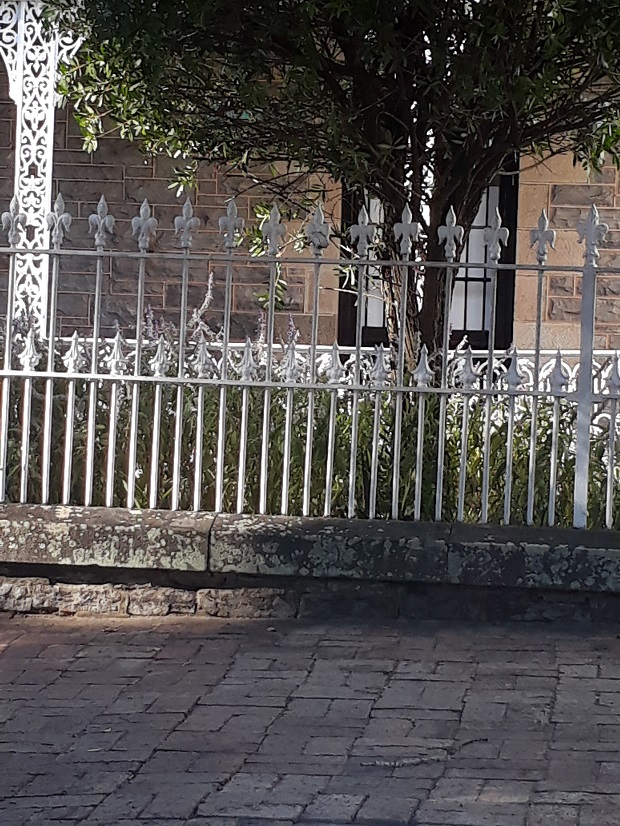