It will be a while before we can venture out to find lions in a national park. 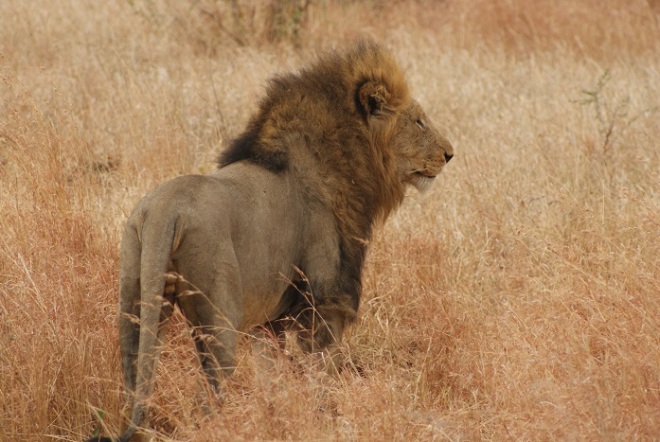 Meanwhile, this the time of year when we can see their tails at least. I used to have two shrubs of Lion’s Tail growing in my garden. Their beautiful orange flowers would attract a variety of nectar feeding sunbirds as well as ants, butterflies and bees. Their woody stems are surprisingly brittle and can break in strong winds – mine eventually succumbed to the prolonged drought – and so it is pleasing to see them growing in grasslands nearby.

Known officially as Leonotis leonurus, it is widespread throughout South Africa. Leonotis comes from the Greek words leon (lion) and -otis (ear), while leonurus means lion-coloured, a reference to the flower colour. This plant has a number of common names such as Lion’s Ear and Wild Dagga.