You can tell from the varying levels – and the background – that these photographs were not all taken on the same day. Collectively, they tell the story of a few of the many visitors to our nectar feeder – which regular readers will know I frequently refer to as the pub. Apart from the sunbirds – not featured in this tale – by far the largest and showiest avian visitor is the Black-headed Oriole. It is not easily intimidated and so usually does not have to wait politely for its turn. 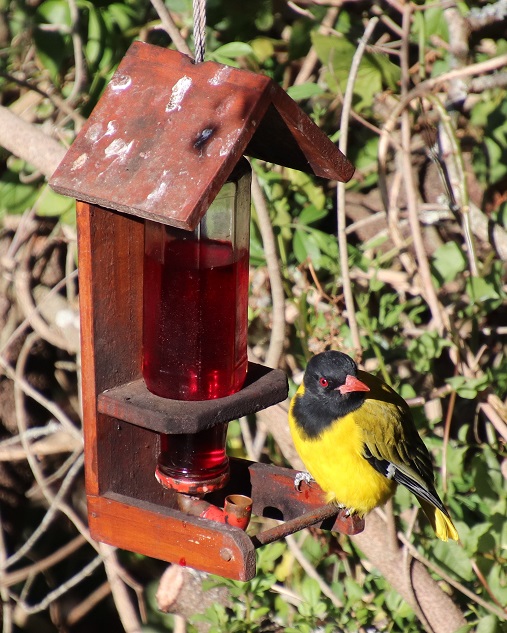 Waiting to use the pub – or being bounced from it – is a daily occurrence, as the following sequence will show. Firstly we have a pair of Cape White-eyes which often arrive together and take turns to sip the nectar. One might ‘bounce’ the other if it feels it has been waiting for too long, but they mostly swop around fairly quickly and without fuss. 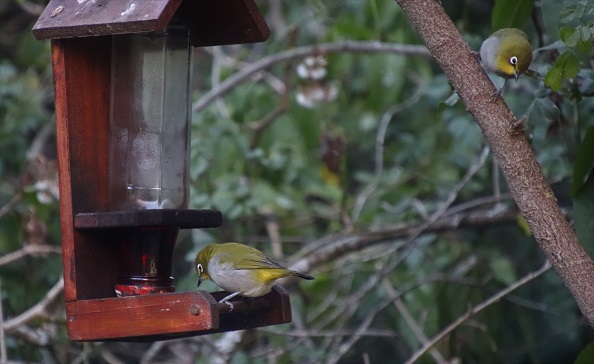 They are small birds and are easily ousted by the larger and more aggressive Cape Weaver. 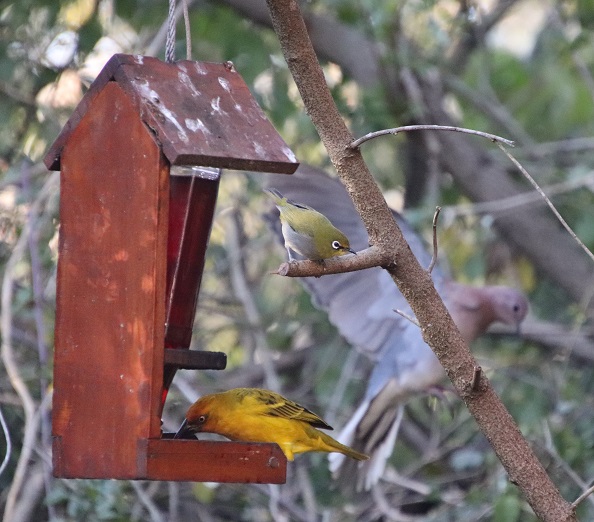 The latter snaps at anyone else coming for a drink and frequently chases the ‘drinker’ away only to abandon the pub to chase someone else. When it does get to the pub, it has a tendency to hog it. 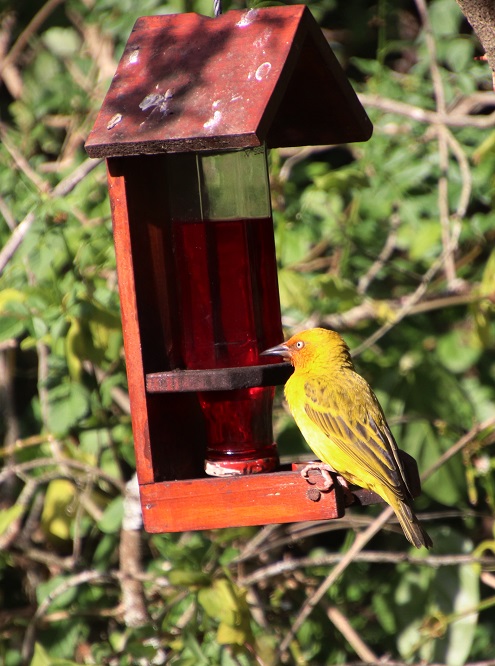 One bird it will always give way to is the Fork-tailed Drongo, which swoops down with the confidence of taking up his rightful place at the pub. There is no hesitation on its part at all. 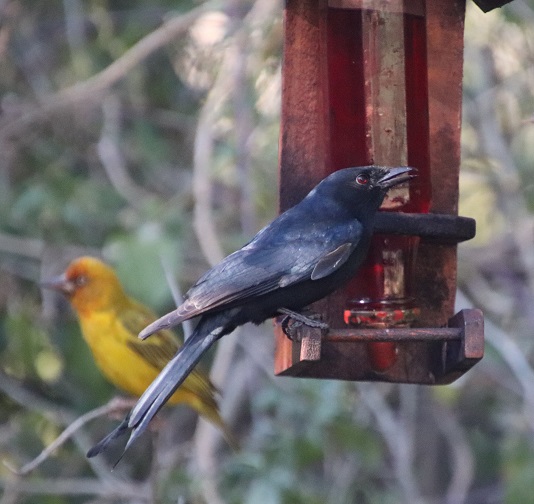 Such is the pressure on this ‘nectar’ on some days that the queue gets longer. I have featured these particular Cape Weavers before, however they provide a useful illustration of the traffic build-up that is sometimes experienced. 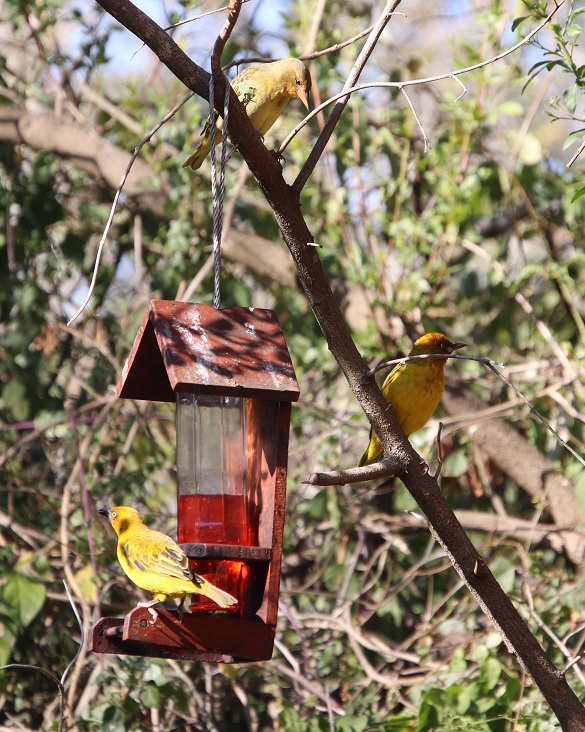 20 thoughts on “WAITING FOR THE PUB”