Visitors to the Mountain Zebra National Park are unlikely to come away without having become familiar with the White-browed Sparrow-Weavers (Plocepasser mahali) that are the iconic birds of the rest camp. The combination of blackish, brown, and white on their plumage is distinctive – as are their cheerful calls variously described as cheeoop-preoo-chop or the harsher call of chik-chik. The morning chorus of these birds is well worth waking up to! Note the clear white stripe above its eye. Although males and females look very similar, the black bill of this one tells us it is a male.

The bill of the female is horn-coloured. 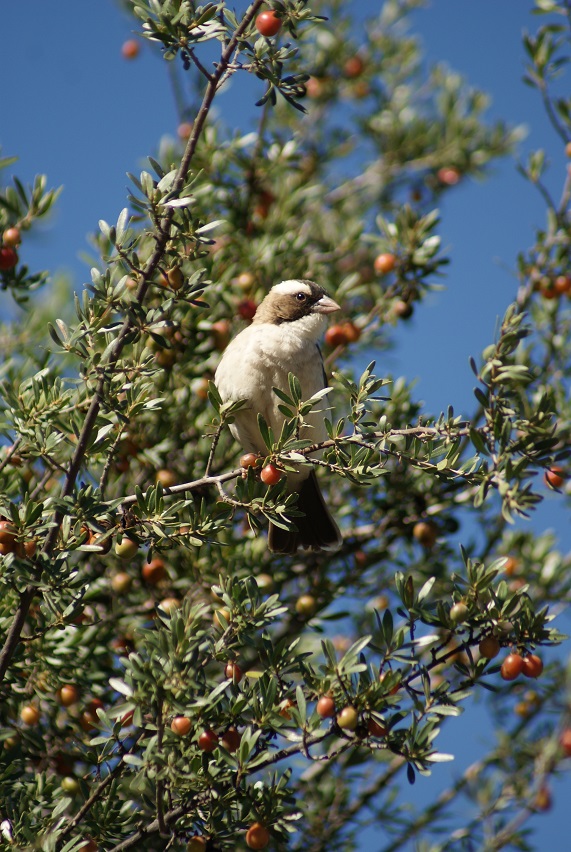 Their intricate, yet seemingly untidy, nests – which look like bundles of grass tucked into the edge of the trees – abound in the park and are easy to recognise. Both the male and female build their nest, which has two entrances – one of which is closed off during the breeding season. These nests are used throughout the year.