Apart from the Urban Herd that wanders through the suburbs at will, we have had to become used to donkeys walking through town. Increasingly though, they too have been making their way through the suburbs and even up to the abandoned golf course on the edge of town. I know we are not the only ones to take a few carrots with us now and then to feed them; several residents have taken to placing buckets or basins of water outside their gates for the donkeys to quench their thirst – where else will they get water? Cradock Dam is empty and the leaking water pipes tend to be in the middle of the road – not a safe place to drink at all!

Not long ago, five donkeys were grazing on the abandoned golf course. I got out of the car to photograph them more easily and was taken aback when four of them trotted right at me! The one in the background paid no heed – perhaps it was really hungry. 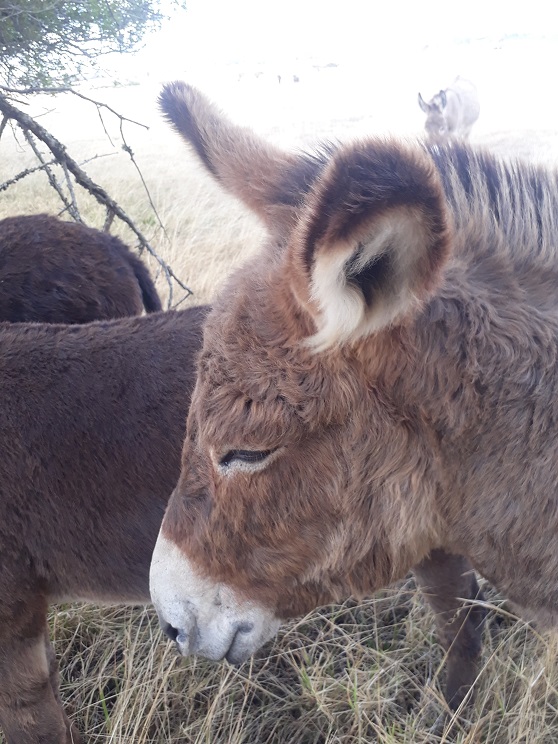 They pushed against me as I paused to pat them and stroke them – and tried to get a little distance to photograph one or two. 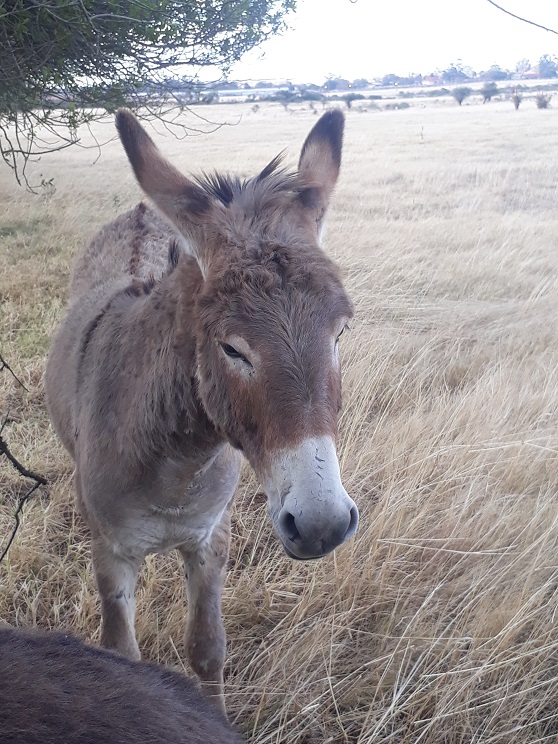 This wasn’t easy as I had no sooner lifted my camera when a head was shoved under my arm. 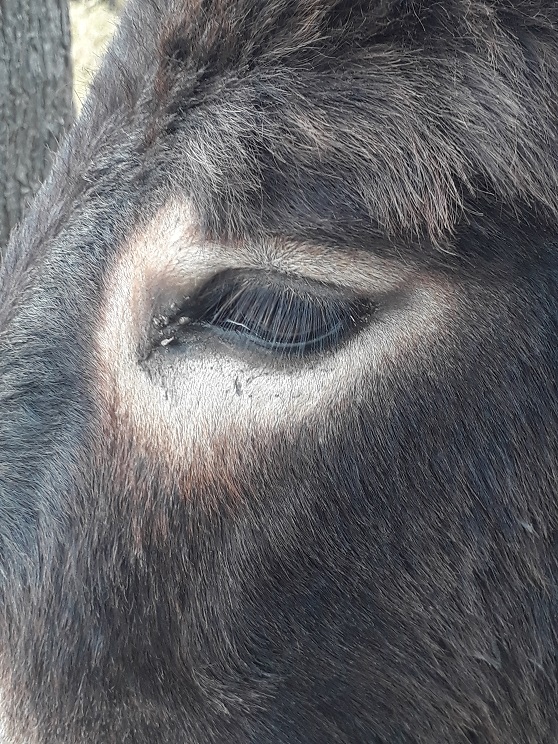 It was with a degree of reluctance that I left them nuzzling each other under the trees. 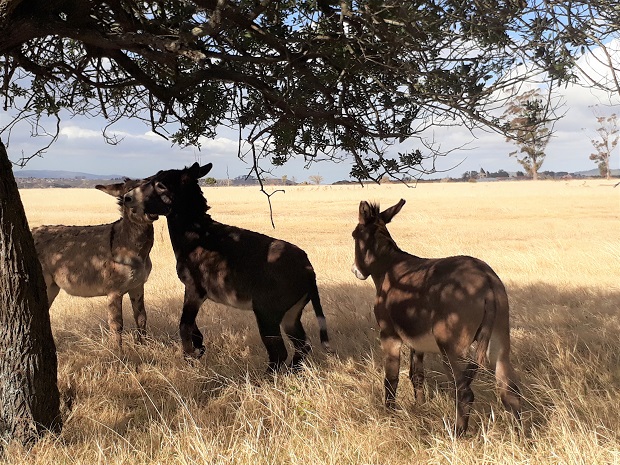