Although I have not been able to photograph one, I am delighted to hear the Red-chested Cuckoo once more. It is commonly known as the Piet-my-vrou here, as that is what its call sounds like – a strident command early in the morning, occasionally in the afternoon and even sometimes in the evening. Both the Klaas’ Cuckoo and Diederik Cuckoo entertain us with their distinctive calls during the day. Of course the Hadeda Ibises continue to wake us early and call to each other across town before they settle down for the night.

There seems to be an explosion of the Dark-capped Bulbul population of late. They queue up to drink from the nectar feeder, biff each other out of the way to eat apples and oranges, and several pairs sit very close together on the branches in true lovey-dovey style. 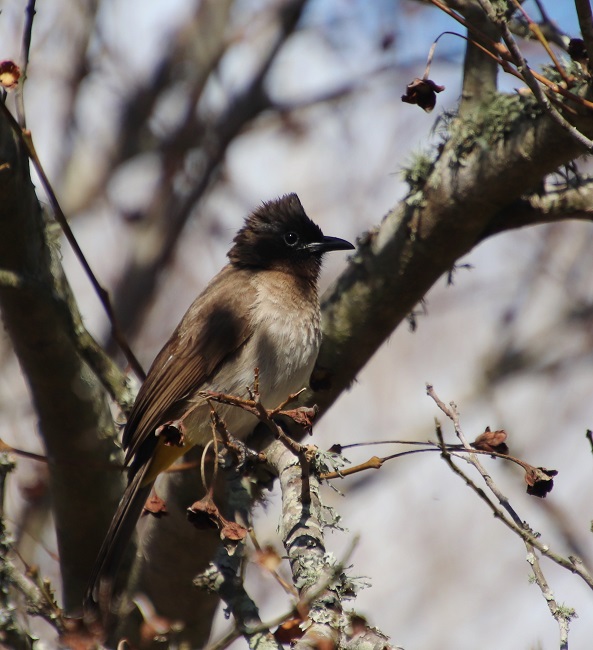 I am used to the Laughing Doves rising in a whoosh whenever a particularly noisy vehicle passes by, the neighbour might slam a door, or a lawnmower starts up in a nearby garden. There are times though when all the birds disappear in a quiet flash – a sure sign of a predator on the prowl. This month began with a flying visit from an African Harrier Hawk and ended with a low-flying Yellow-billed Kite, both of which saw the garden birds head for the closest cover.

Mundane tasks, such as hanging up the laundry, can have its interesting moments too. The light and distance were of little help to me, yet I could hear the persistent tap-tap-tapping coming from nearby that I dropped what I was doing to scan the trees … and there it was: a Cardinal Woodpecker chipping away at a dead branch of the Erythrina tree that towers over the back garden. 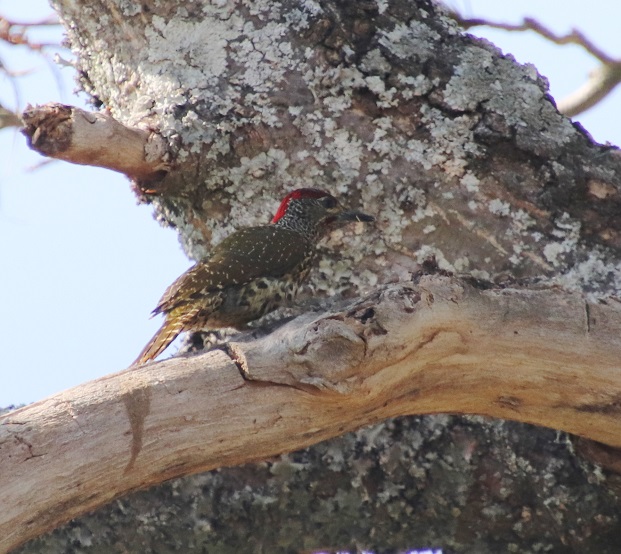 A well turned out visitor is the male Pin-tailed Whydah. He visits fairly often, although I have only seen one female in our garden this month. 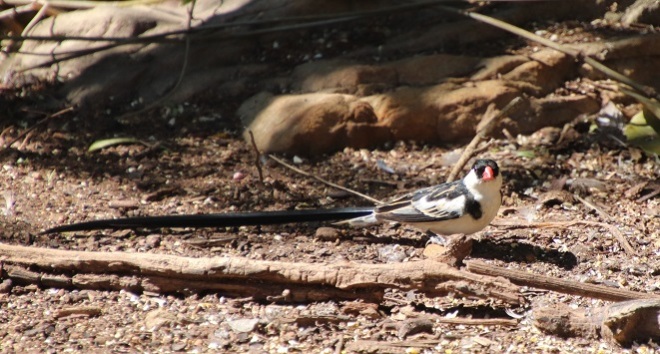 While this is the best I could do from a distance with only my cell phone at hand, here is proof that a small flock of Cape Glossy Starlings paid our garden a visit. 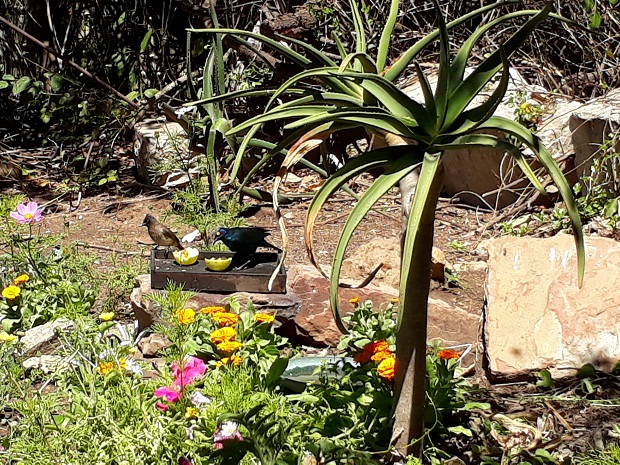 I have often said that birdwatching in our garden is balm for my soul. October has been no different.