Walk up the front garden path with me for a glimpse of our recently greened-up garden.

Next to the front door is a self-sown Zizyphus mucronata or Buffalo Thorn, known in Afrikaans as the blinkblaar-wag-‘n-bietjie (literally translated as a shining leaf wait-a-bit) tree because of their pattern of two thorns at the nodes, one of which faces backward.  Behind it is an Aloe ferox. 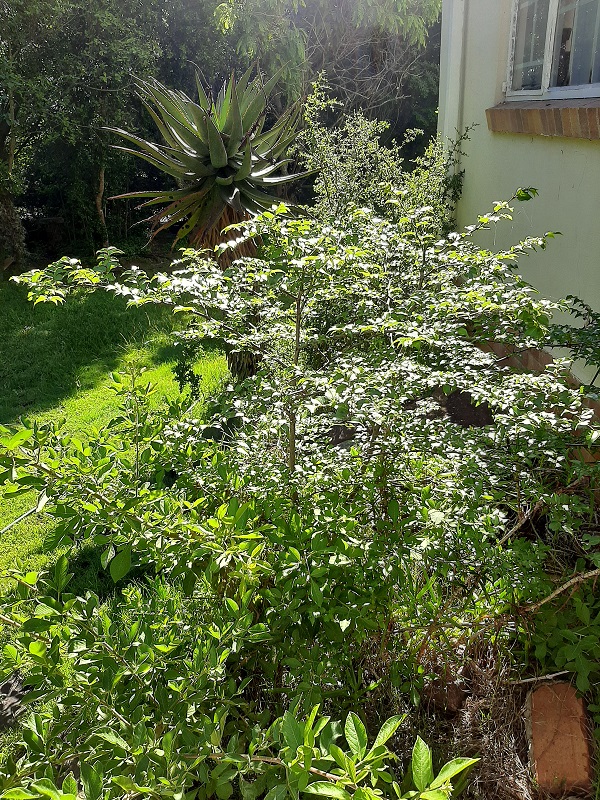 Dahlias – which come up only when the conditions are favourable – brighten one end of the front garden. They didn’t show themselves at all last summer. 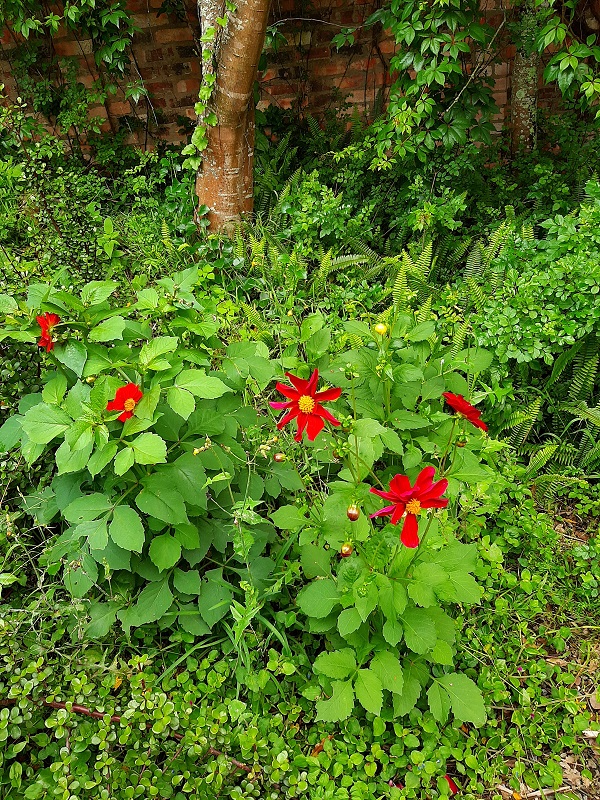 Also self-sown are the cosmos that have bloomed for months now. The only difference since the first rain arrived is that the plants are growing taller! 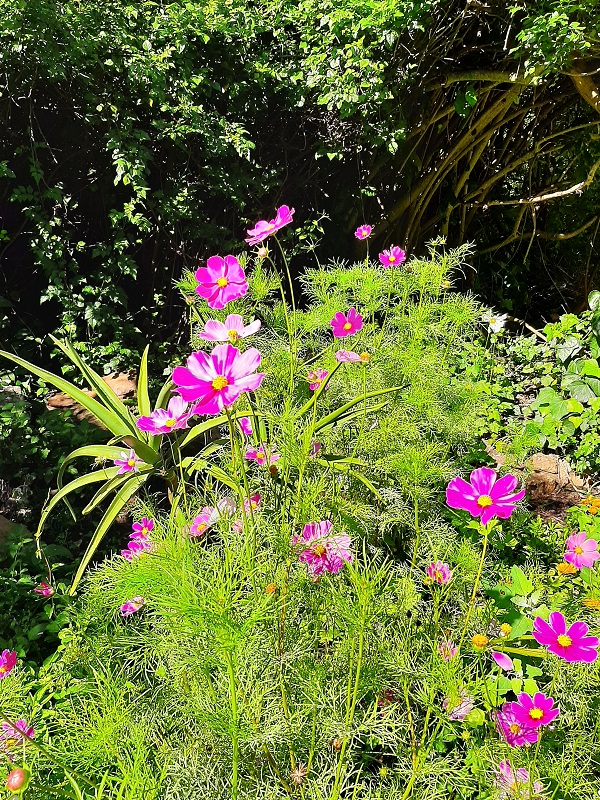 This is one of several self-sown indigenous Senecio spp. which, I have discovered, make long lasting cut flowers – they look pretty in a vase mixed with cosmos. 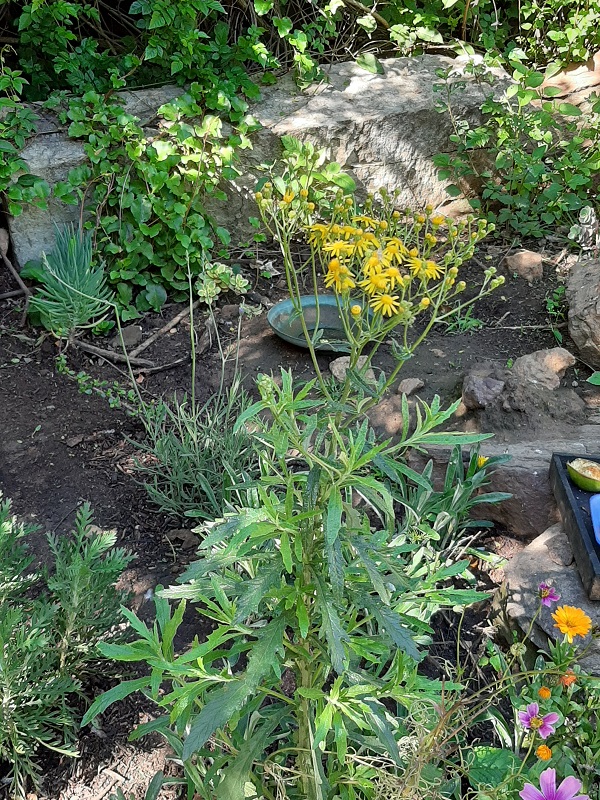 Lastly, here is a colourful corner in the back garden – an indigenous mix other than a surviving nasturtium that must have grown from seeds dropped two summers ago. None grew last year for it was far too hot and dry for anything to survive. 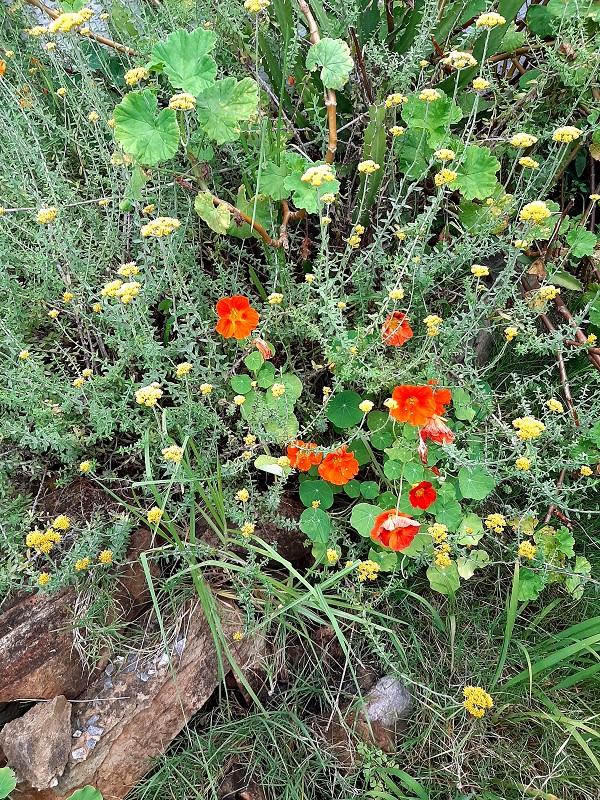 44 thoughts on “A GLIMPSE OF MY GARDEN”