The bleached yellow or straw-coloured grass is a striking feature of the Mountain Zebra National Park during the winter – along with icy temperatures. The Springbok in the foreground is lying down to seek respite from the latter.

So are these Red Hartebeest, with a single Springbok to keep them company. 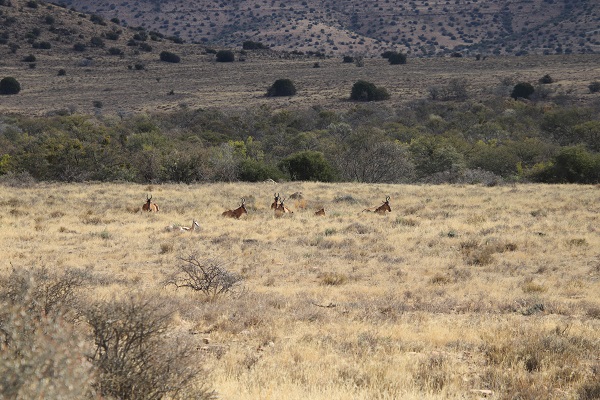 This almost colourless grass covers the valleys and spreads up the hillsides onto the plateau. A Mountain Zebra appears to be standing guard over a small herd of Red Hartebeest.

Despite its desiccated appearance, the grass is still nutritious for grazers, as this zebra demonstrates.

As do these herds of mixed antelope on the plateau.

The early morning and late afternoon light turns the grass into spun gold.