People tend to follow footpaths across an open space: someone must have started walking along that route; others followed … until the path became clear even with tall grass on either side.

Footpath near our home.

Most roads probably began in much the same way. Now we have tarred roads and highways connecting towns and cities. In the country – and particularly in most of our National Parks – we still get dirt roads winding through the veld.

Animals too follow paths that have been forged by others through the veld on the way to waterholes or sheltered spots, or even from one good grazing ground to another.

Not all trails are on flat ground nor do they all wind up or down a hill. 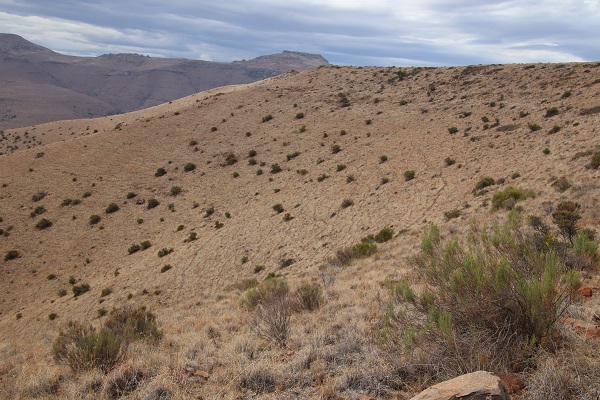 Animal trails following the contours of a steep hillside in the Mountain Zebra National Park.

Larger animals create much broader trails through the veld.

Broad rhino trail as seen in the Kruger National Park.

23 thoughts on “TRAILS IN THE VELD”