Hadeda Ibises (Bostrychia hagedash) have appeared several times on this blog. Despite their considerable size, they tend to be overlooked and taken for granted. This might be because we have the dubious pleasure of hearing their waking calls before sunrise every day. They were originally birds of forests and wetlands, and their loud calls indicate an ongoing need to keep in touch with each other. Their distinctive and strident ‘ha-ha-hadeda’ calls can be heard from near and far as they raucously remind all in the valley of their presence – usually about half an hour before sunrise and again when they fly in to roost at the end of each day. 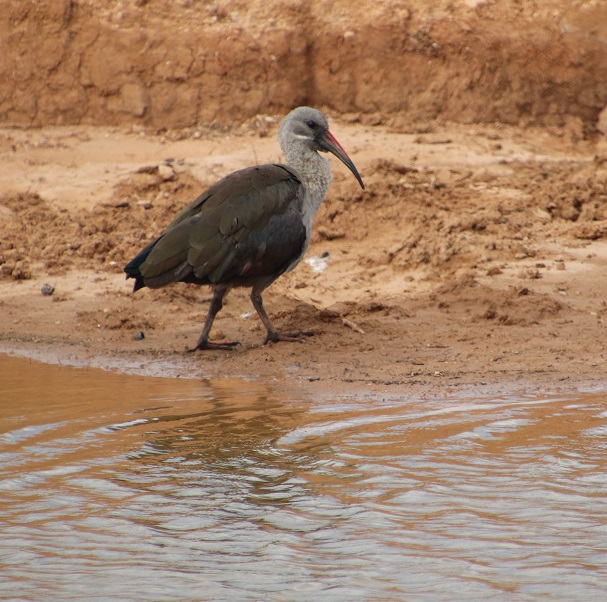 These rather elegant birds are fascinating to observe. They have very sensitive beaks and use the sense of touch rather than hearing or smell to find their food, such as earthworms, slugs, snails, crickets or other insects. I also enjoy watching Hadeda Ibises collecting sticks to build their unwieldly-looking nests: the male usually begins by presenting the female with a large stick. It is the oddest thing to see them flying in with sticks longer than they are in their beaks. Some nests are re-used the following year, with more sticks added to it.

While I only see between one and four Hadeda Ibises walking around our garden at any one time, I have seen up to thirty of them together either on school sports fields or in the veld. It is also good to see them on the edge of a dam. 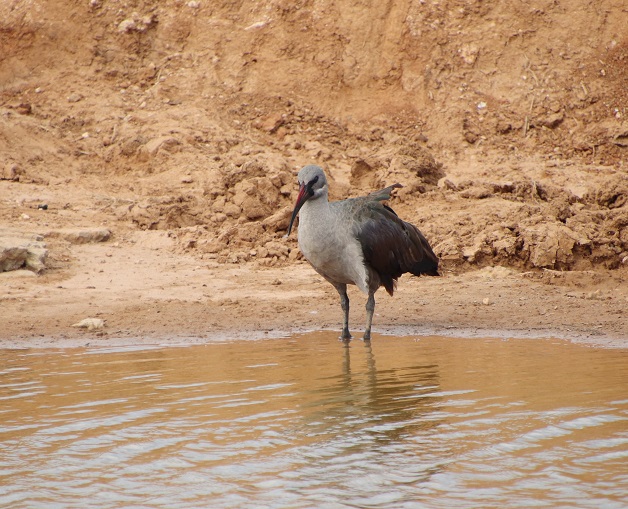 27 thoughts on “THE HUMBLE HADEDA”