Humans are not the only ones to use spikes of one kind or another for protection: 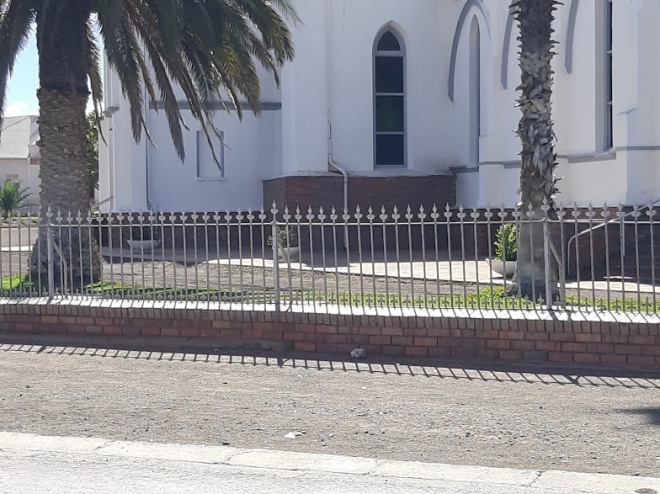 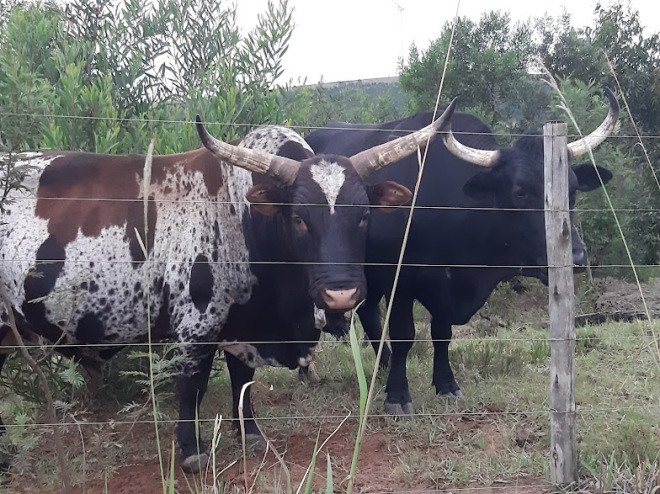 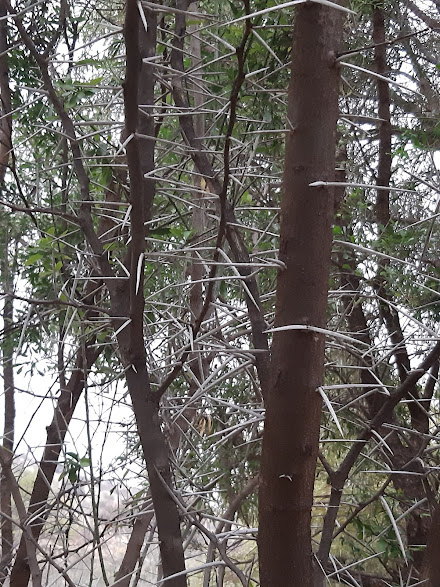 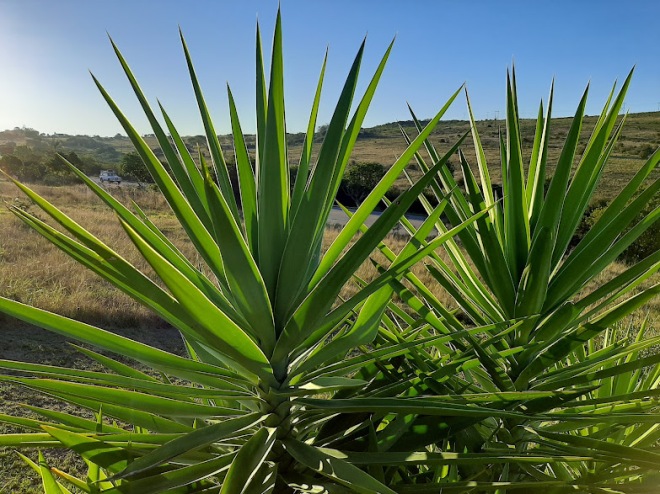 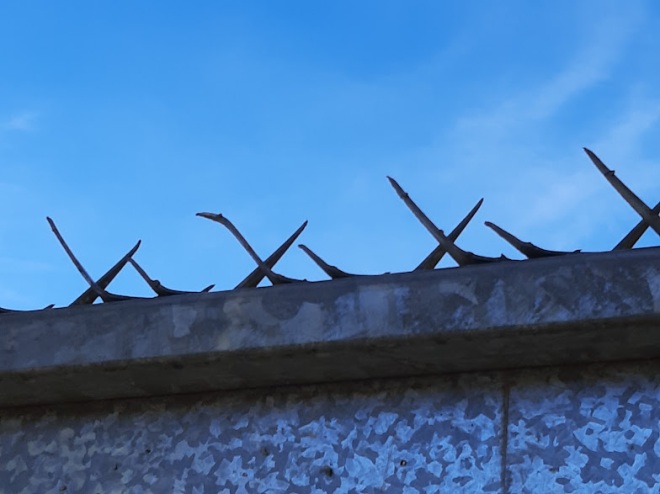 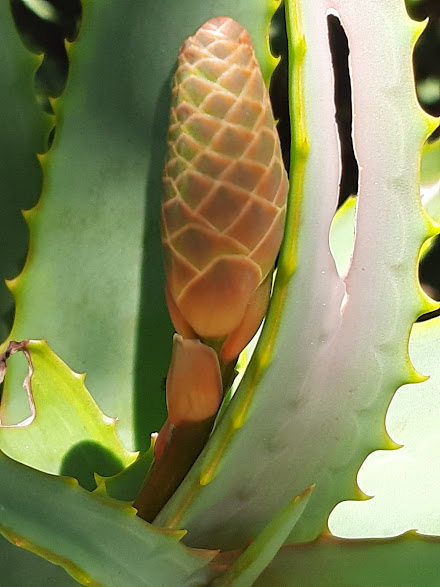 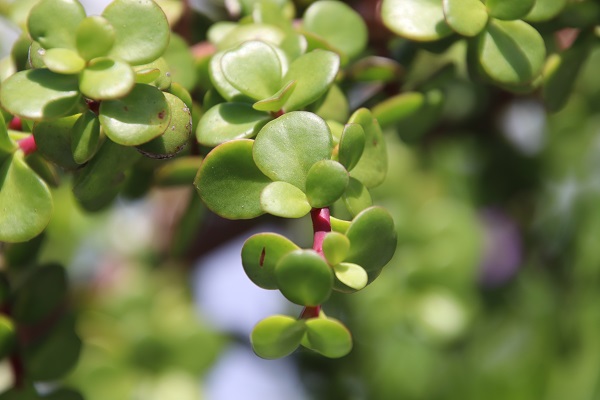 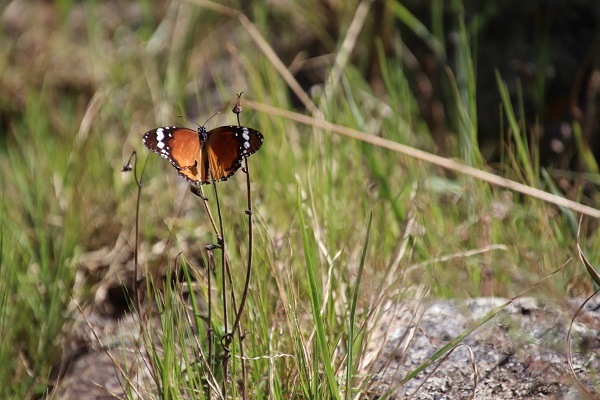 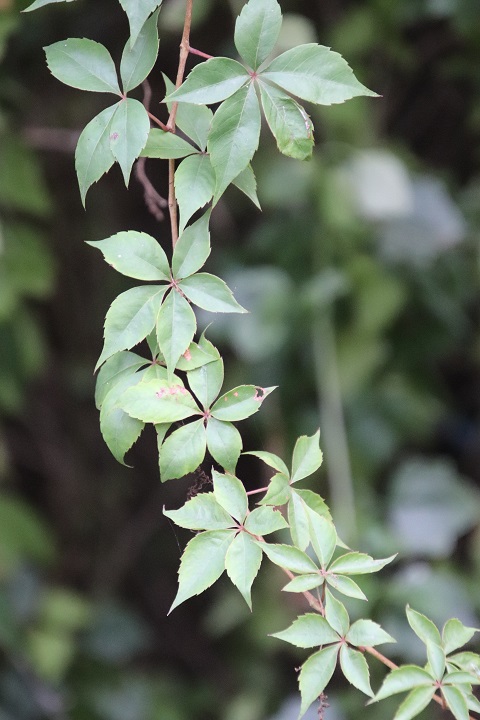 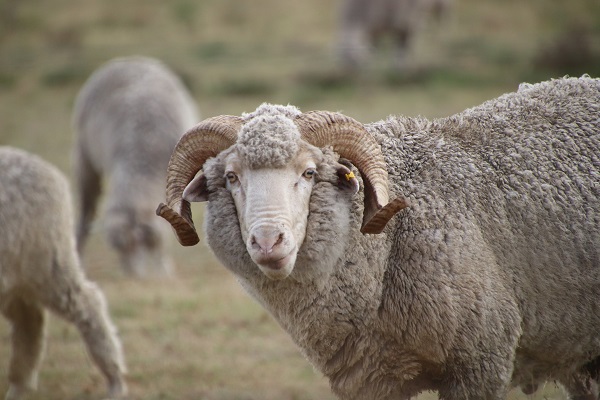 Those of my readers more used to tarred highways, fast traffic and concrete bridges might like to pause a while to come on a journey with me to see some of our roads. We will start on the corner of the tarred road below my home (hidden behind the trees) where, having crossed over a bridge we are halted by part of the Urban Herd taking a rest from grazing pavements and any shrubs or flowers they find during their daily trawl through the suburbs. 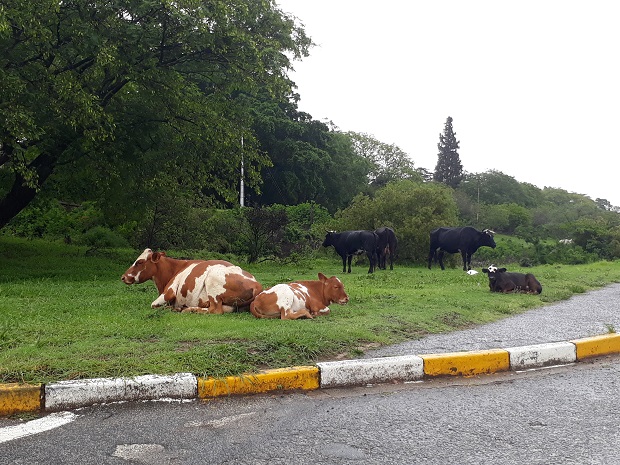 If we were travelling during December, we might wish to stop in at the local supermarket to buy some refreshments. As we drive out of the parking area we would halt again to admire the street and pavement strewn with jacaranda flowers. 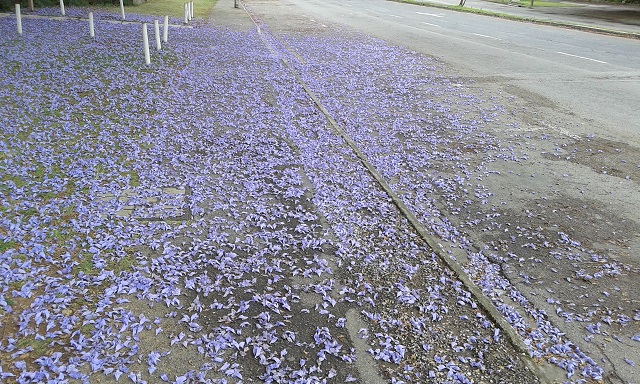 We would have to cross over a disused railway line that once carried good and passengers to Alicedale and on to Port Elizabeth. 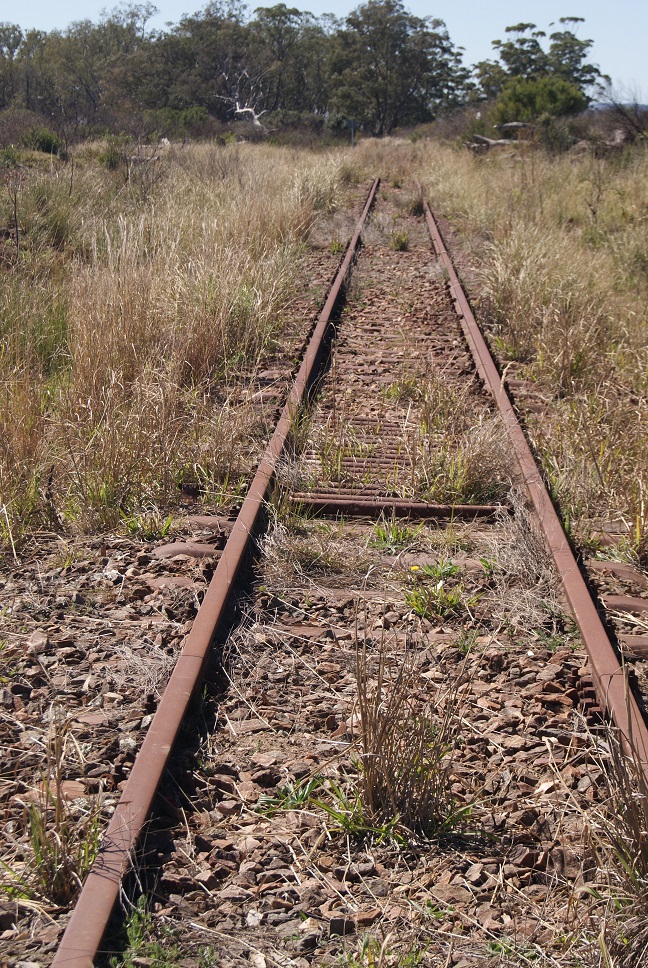 You may prefer to eschew the highway and drive through some of the farming areas. We would be travelling along the dirt road, but you may wonder at some of the tracks, such as this one, on some of the farms we pass by. 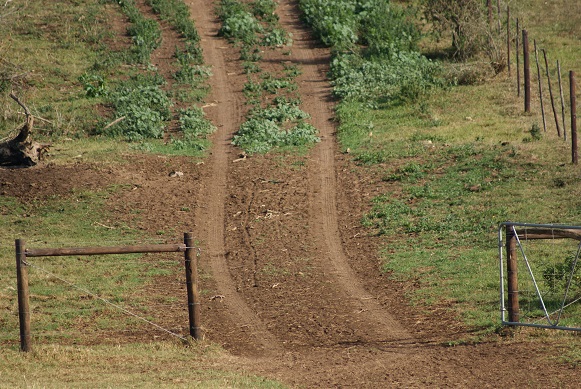 Occasionally, on what you think of as a good tarred district road that will give us a clear run to our destination, you might be surprised at having to halt once more by this typical rural scene. 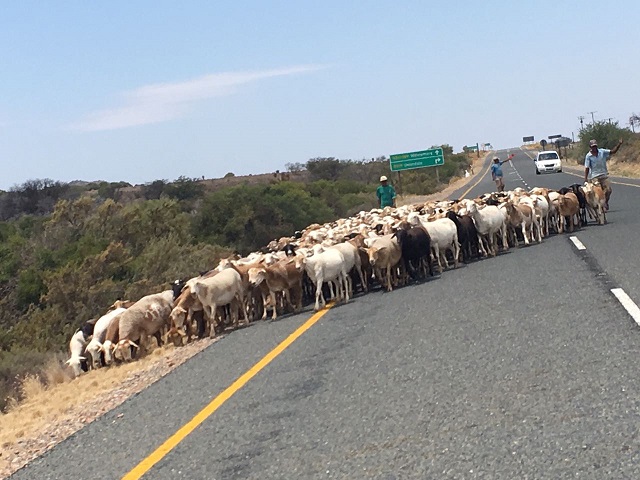 At last we reach the Addo Elephant National Park where we turn off some of the main tarred roads to explore the dirt roads – one of which will lead you to the well-known and much photographed waterhole known as Hapoor. The spectacle of hundreds of elephants milling about drinking, bathing, or enjoying each other’s company will cause us to halt again. They are so interesting to watch that more than an hour could easily pass before I could persuade you that we should drive on for there are other animals to see. 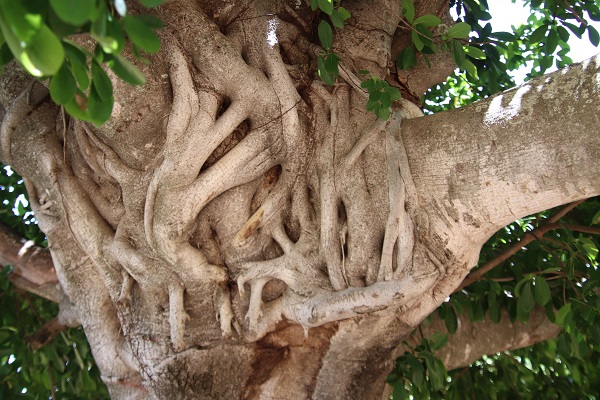 Intricately woven patterns on the trunk of a fig tree. 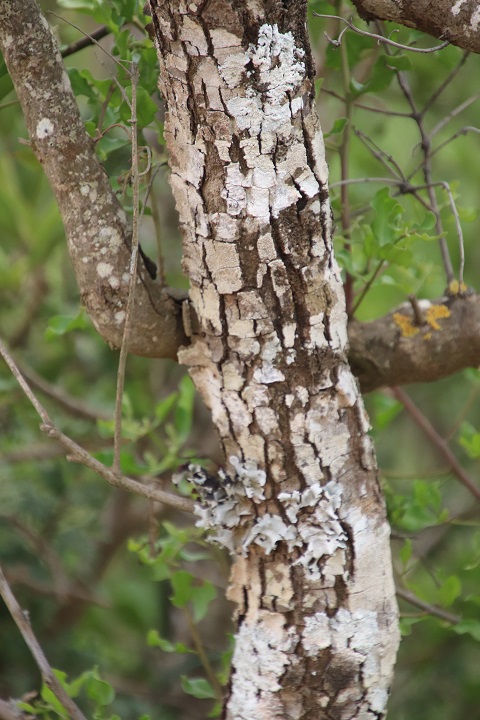 The rough splitting of bark. 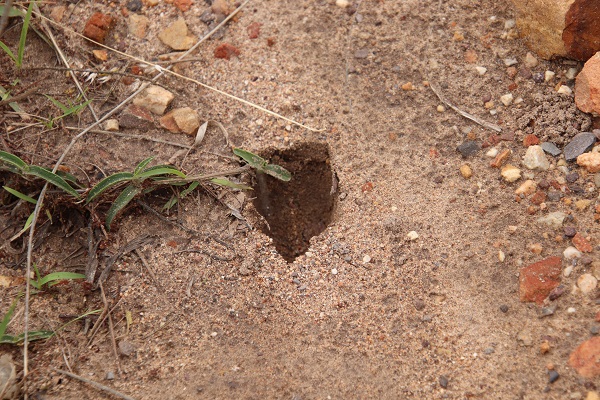 Spoor of an antelope in soft sand. 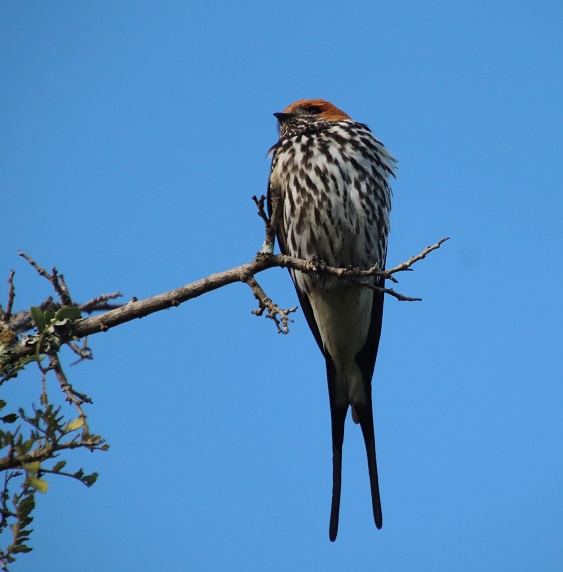 A damp Lesser-striped Swallow fluffing up its feathers.

The drought-hardy indigenous Crossberry (of Grewia occidentalis) continues to thrive in our garden. 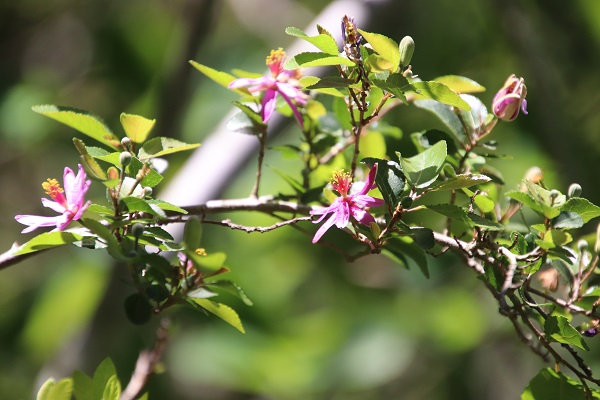 The flowers, which vary from mauve to pink and have a cluster of prominent, bright yellow stamens, seemed to compete with the show of Pompon blossoms during December and now their four-lobed fruits are in various stages of ripening. 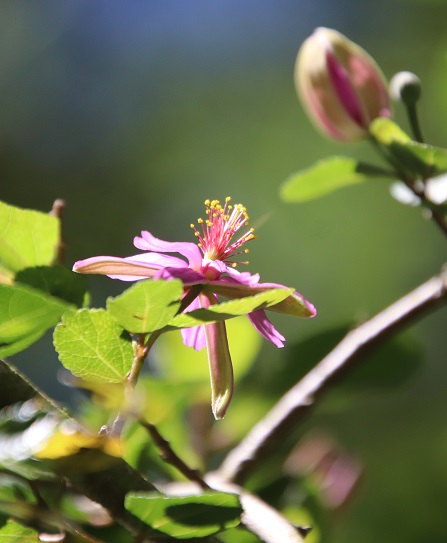 The fruit, which starts off green and turns to yellow and then reddish-brown remain on the tree for a long time. They appear from January until about May, when they tend to shrivel into brown raisin-like blobs on the plant. 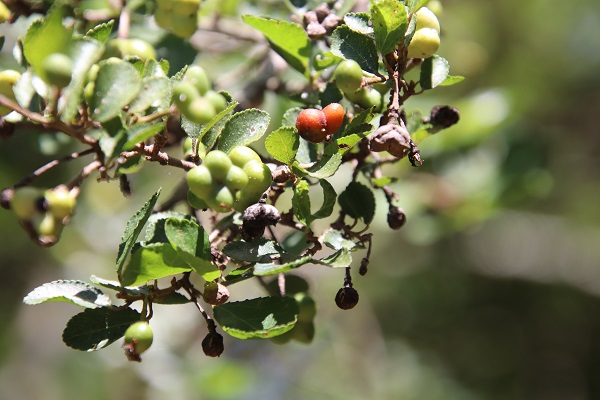 Although I have not been tempted to taste them – yet – I read that the berries are edible for humans as well as for birds and animals. 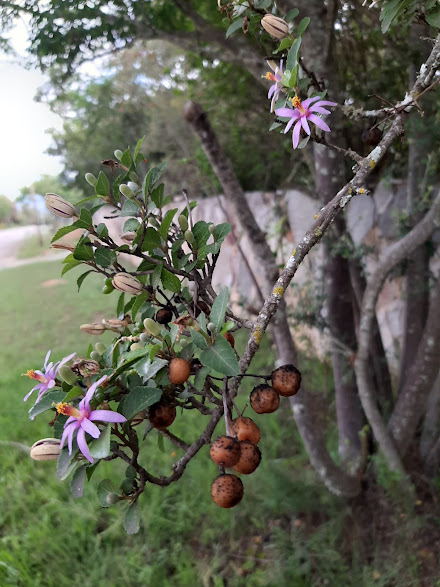 Depending on where they have seeded themselves in my garden, Grewia occidentalis appears either as a scrambling, straggly looking shrub or as a small tree.