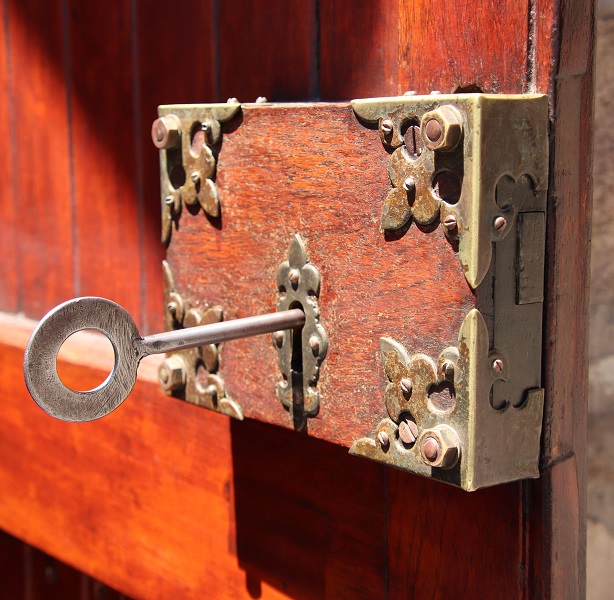 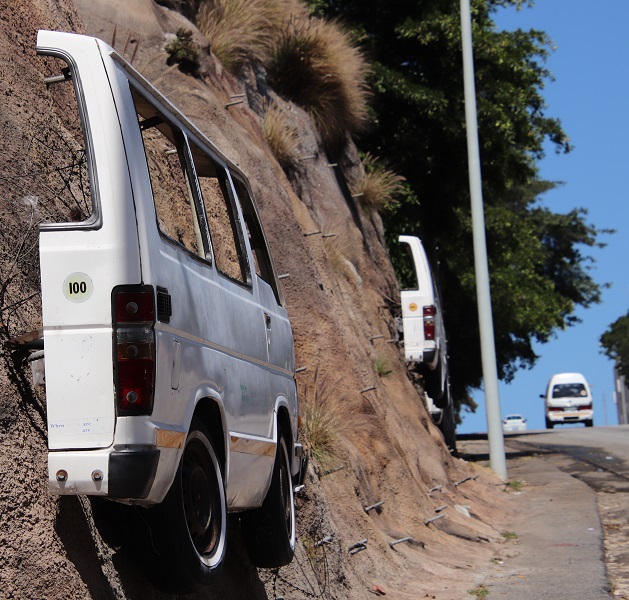 Historical buildings, commercial buildings and private homes alike need constant maintenance. One of the threats to look out for are fig trees establishing themselves in the tiniest of cracks. If you look carefully at the picture below, you will see a fig tree growing on the wall of a commercial building in Port Elizabeth.

This one is growing at the base of the Martello Tower in Fort Beaufort. 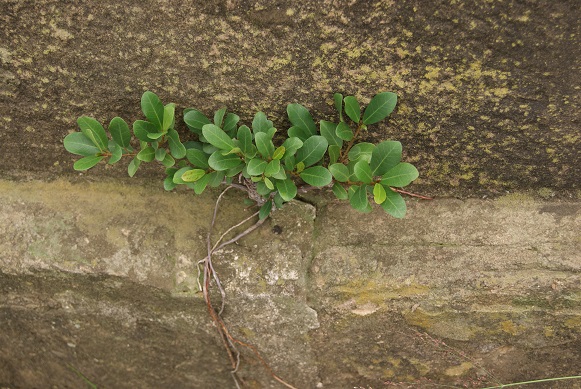 An innocuous looking plant such as this one, growing next to a cannon on the walls of Fort Frederick in Port Elizabeth, has already established a long network of roots by the time it is noticed. 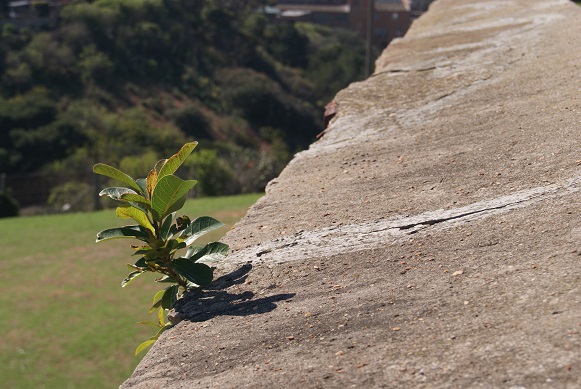 Look at the roots emanating from this specimen growing on another wall of Fort Frederick.

Note the damage being caused to the roof of the former officer’s quarters at Post Retief. 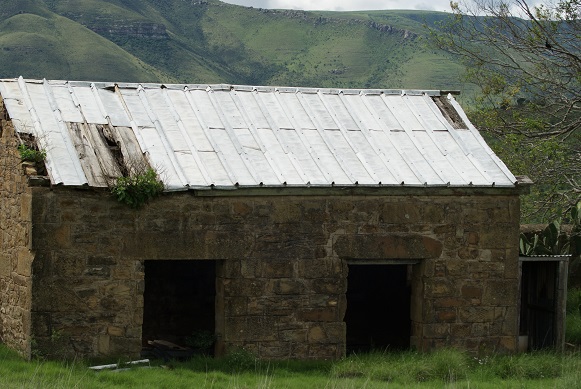 This is how those threads of roots can swell with time to push brickwork asunder. 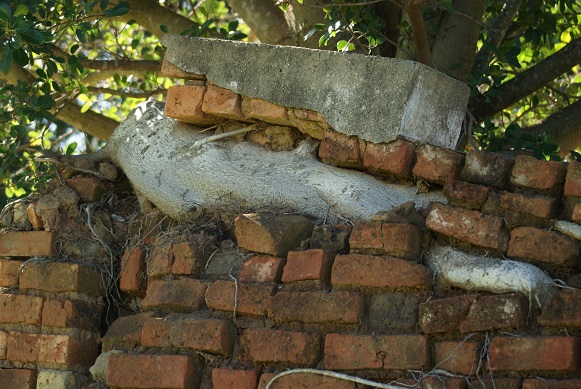 Here is an example of how a tiny seedling, such as we saw in the first photograph, can destroy a building unless something is done to curb its rampant growth. 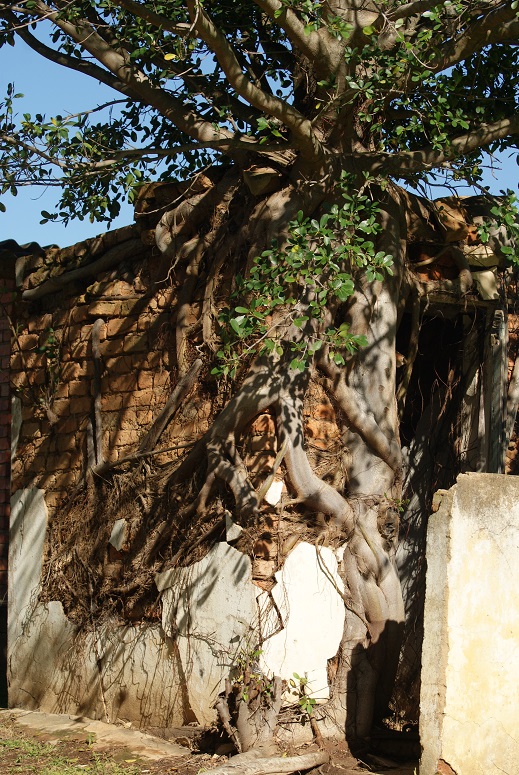 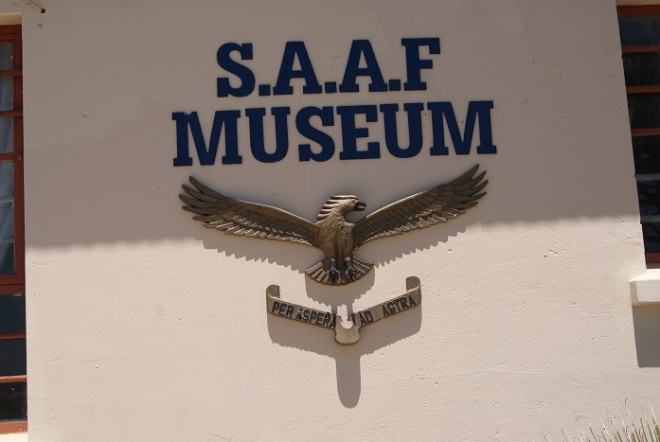 The South African Air Force Museum in Port Elizabeth is a fascinating place to visit – but a very difficult place in which to take meaningful photographs! The following then are a few impressions only: 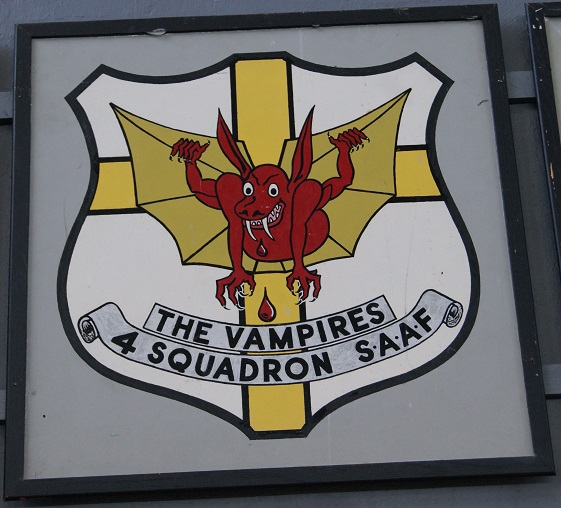 The Internet is a potential maze that can lead one down alleyways that divert one from the initial track one set out upon. I was wondering who Fort Frederick in Port Elizabeth was named after and discovered it was Frederick, Duke of York, Commander-in-Chief of the British Army. The fort, overlooking the harbour, was built in 1799.

Duke of York – that rings a bell:

The Grand old Duke of York he had ten thousand men

He marched them up to the top of the hill

And he marched them down again.

And when they were only halfway up

They were neither up nor down.

The maw of the maze opened wide and I got sucked into some sites claiming that the rhyme refers to Richard, Duke of York, claimant to the English throne and Protector of England and the Battle of Wakefield on 30th December 1460. Others are convinced that Frederick Augustus, Duke of York, is the one mocked in the nursery rhyme. When war broke out between Britain and France in 1793, he took control of the port of Dunkirk but was later pushed back in a battle at Hondschoote. Although his troops performed well, they were outnumbered three to one and lost their siege guns during the retreat. Given the date Fort Frederick was built, this one is the likely candidate.

Back to Fort Frederick. 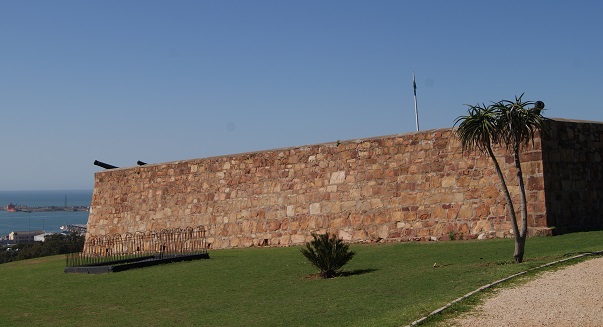 This stone fort is reputed to be the oldest surviving British fortification in the Eastern Cape. It was built by the British Forces to defend the mouth of the Baakens River and contains a powder magazine 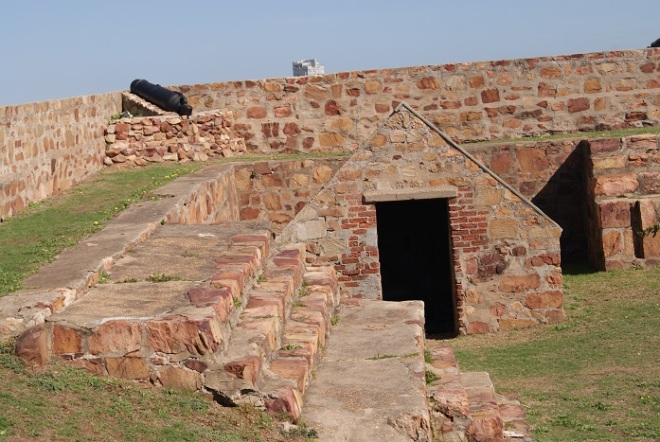 As well as a blockhouse, the upper storey of which no longer exists as it was built from timber.

The fort was originally defended by two 8-pounder guns and one 5.5 inch Howitzer, but now contains a selection of muzzle-loaders dating from the later part of the eighteenth century. 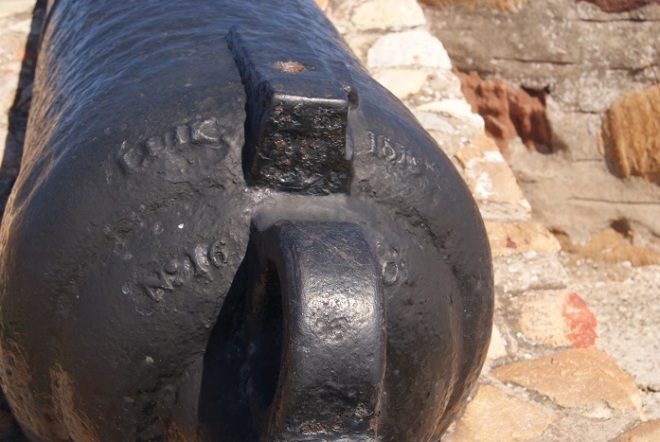 It is has been partially restored over the years and is a declared National Monument.

If you wish to read about the background to the nursery rhyme, here are two sites to start you off