It broods on Gun Fire Hill and dwarfs Fort Selwyn that once provided the town below with a sense of security. It dominates the skyline on that side of town. From some angles it looks like an enormous concrete block. From another aspect it is meant to provide a stylistic image of a sailing ship – an image brought to mind more easily when flags are flying from the masts during occasions such as the annual National Arts Festival. It is the 1820 Settlers Monument in Grahamstown.

This is no ordinary monument made of marble or bronze. Rather, it is a solid structure built of brick and mortar, steel and glass. It is a living monument – a useful one that is in constant use: conferences, meetings, performances, graduations and prize-givings. It has become the hub of large gatherings for the whole town. Schools use it, the university does, cultural groups do, visiting musicians do … and that is what it is meant to be: a useful monument that honours the English settlers who arrived in this area 1820 and who made a significant contribution to the development of this country, such as promoting the freedom of speech, freedom of the press, freedom of association and promotion of the English language, art, literature, poetry and music. 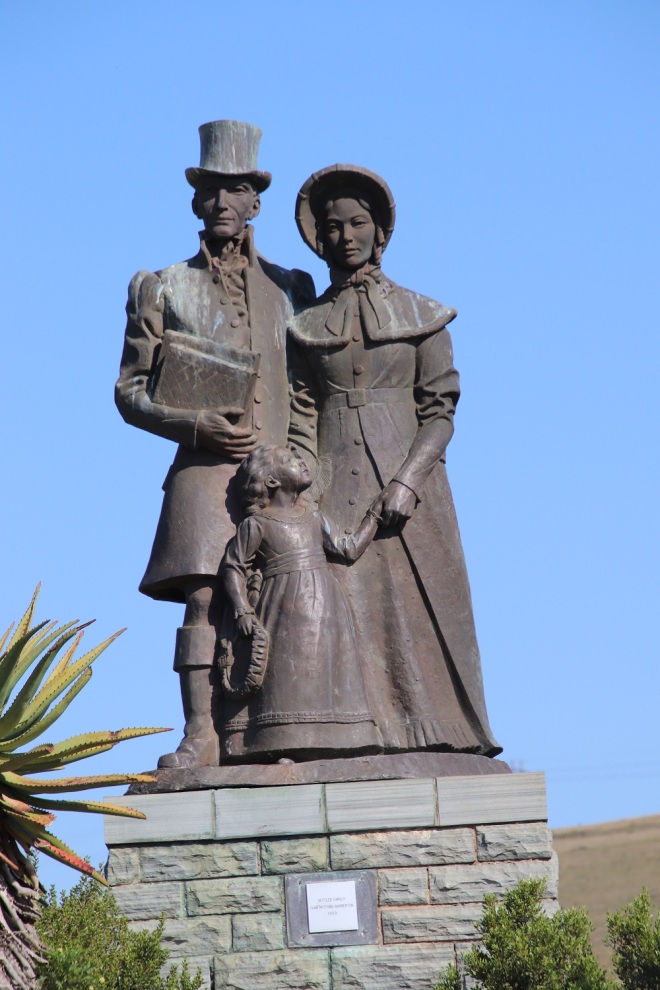